CELEBRATING THE MUSIC OF ROY ORBISON

The Big O was unmistakable with his trademark sunglasses, distinctive, powerful voice, complex compositions and dark emotional ballads.  From 1960 to ’64 Roy Orbison landed 22 songs on the Billboard Top 40, including “Only The Lonely”, “Crying”, and “Oh, Pretty Woman”.  His impassioned voice, bridging the gap between baritone and tenor, coupled with his signature arrangements ensured the charting of the hits “Dream Baby”, “Ooby Dooby”, “Blue Angel”, “Blue Bayou”, “You Got It” and “In Dreams”.  Mike Demers delivers a spot-on performance of Orbison’s signature sound.

As a part of THE TRAVELING WILBURYS Orbison brought us “End of the Line”, “Handle With Care” and “You're Not Alone Anymore”.  A prolific writer, Orbison pitched “Claudette” to The Everly Brothers.  The track was a co-number one with the Everlys’ “All I Have to Do is Dream”.  Orbison and The Everly Brothers tore the house down on TV’s Shindig performing Roy’s “What’d I Say”.

The Everly Brothers charted 31 singles on the Hot 100, including 12 top 10 hits.  Billboard ranked the pair as the No. 66 biggest act in the Hot 100's 55-year history.  The Everly Brothers are the chart's third-biggest duo ever and their influence has been incredibly wide-ranging.  Because their career predates the Hot 100's launch, some of their best-known hits aren't on the list, including “Bye Bye Love”, “Wake Up Little Susie” and “All I Have to Do Is Dream”.  THE LONELY delivers their single biggest hit “Cathy’s Clown” in a stellar performance.

THE LONELY delivers a sensitive and dynamic tribute to the one and only Roy Orbison plus the hits of The Traveling Wilburys and The Everly Brothers.  Veteran Mike Demers leads this group of musical journeymen in their mutual and deep appreciation of the timeless music of an era.  THE LONELY approaches the music with a humble spirit and sincere desire to recreate the sounds and feel of the original recordings.  The band has been selling out shows right from their debut.

“For 4 decades I worked in the music industry.  The one constant has been the music of Roy Orbison.  When I heard that a Roy Orbison Tribute was coming to town I said, ‘Well this I have to see.’  THE LONELY blew me away”! exclaims David Chesney, Publisher White Rock Sun, Canada’s FIRST Internet Newspaper.

For more about THE LONELY - Celebrating The Music of ROY ORBISON please visit www.thelonely.ca. 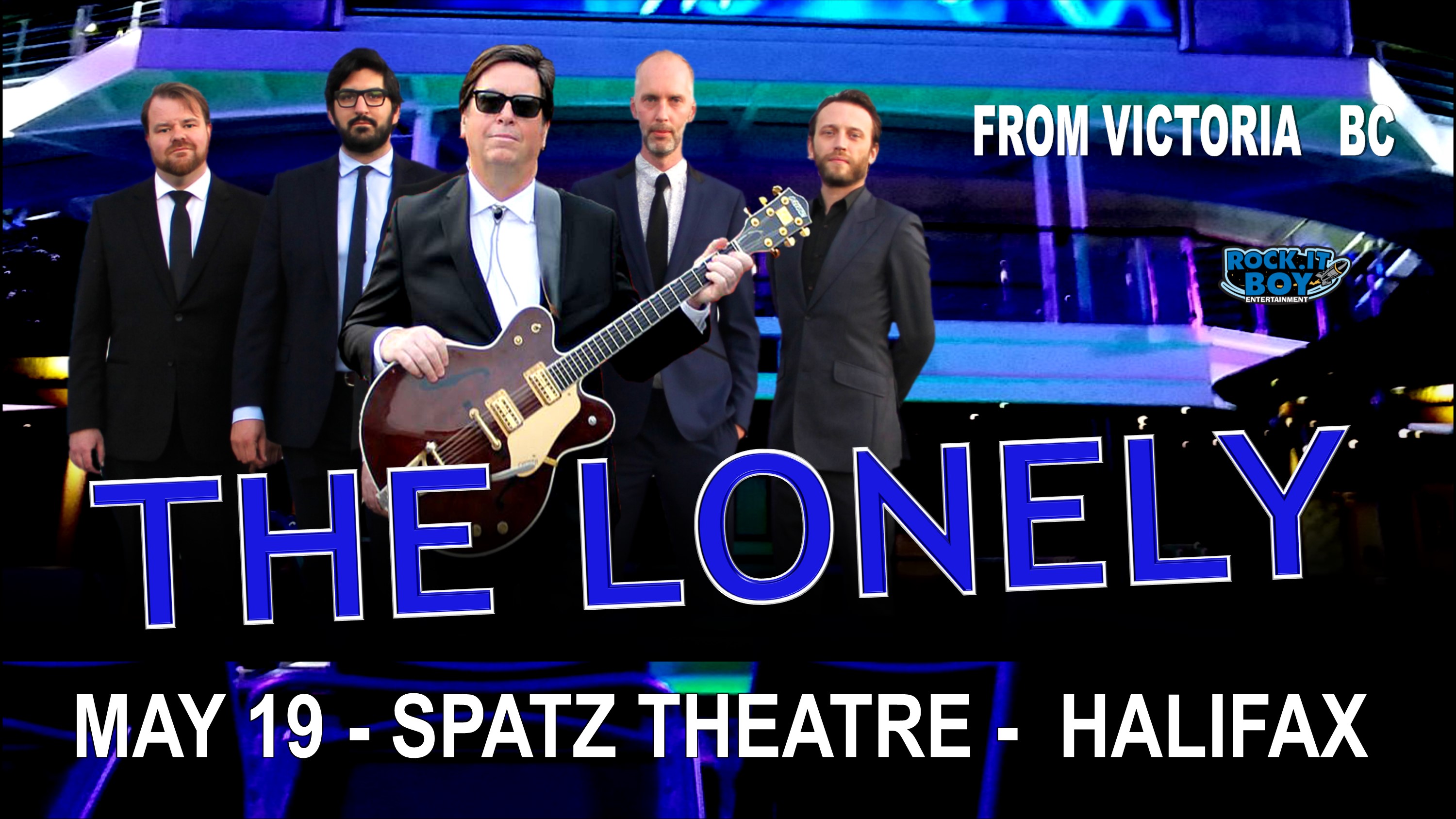