CLICK HERE TO BUY TICKETS FOR 9:30PM SHOWTIME  SOLD OUT!

*All remaining unsold tickets to both showtimes are now  Adult Tickets at a cost of $42.50 plus taxes and fees*

Just For Laughs is thrilled to announce that, following sold out shows in Vancouver this fall, stand-up comedian and author Iliza Shlesinger, is coming to Halifax for the first time with her new tour Iliza: Elder Millennial. Tickets go on sale Friday, November 16 at 10:00 AM. There will  be a limited amount of VIP tickets which include a premium seat, post-show event with Iliza, photo with Iliza, a commemorative VIP laminate and an exclusive autographed Iliza tour poster.

Iliza is one of today’s leading comedians with a fan base who show their loyalty by creating their own Iliza inspired swag to wear to her shows. Last year she hosted her late night limited run talk show “Truth & Iliza,” on Freeform. In November 2017, she released her first book Girl Logic: The Genius and the Absurdity (Hachette Book Group) a subversively funny collection of essays and observations on a confident woman's approach to friendship, singlehood, and relationships.

Iliza just premiered Elder Millennial, her fourth Netflix stand up special for the streaming service. The campaign featured her styled in classic looks from the late 90s/early 00s, as well as an official Spotify playlist featuring all her favorite songs of the era. The list has become a highlight with fans who are giving it high praise on social media, while artists of the era (New Found Glory, 311, and Lance Bass) are reposting it.

Iliza is the only female and youngest comedian to hold the title of NBC's Last Comic Standing. Her debut comedy special, War Paint, was acquired by Netflix and was named one of its Top 10 Albums of 2013. Her follow-up Netflix specials, Freezing Hot and Confirmed Kills, sealed her title as one of the hottest touring acts in America, with Esquire Magazine listing her as one of the top working comedians today. 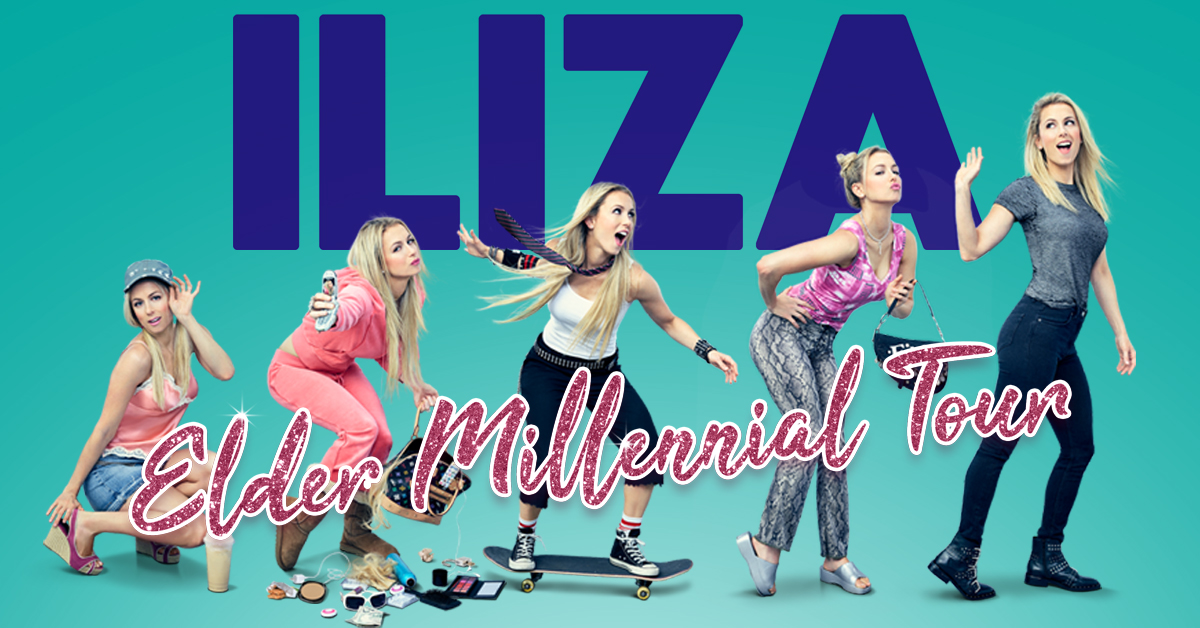 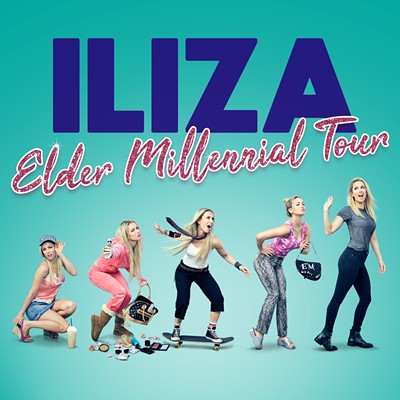