A One-of-a-Kind Experience the Whole Family will Love

Jason Cyrus returns to the stage with his brand-new live show!

Playing to sold-out crowds across the nation, the incredible showman extraordinaire—Jason Cyrus returns with the hottest stage hypnosis show in Canada.  Hypnotizing thousands throughout his dynamic career, Jason delivers a distinct one-of-a-kind energizing experience of hypnosis. Audiences everywhere are mesmerized saying, “That was the greatest, funniest show I ever saw!”  The wildly popular show will leave you captivated, and in stitches with laughter, as participants experience a night of fun leaving their troubles at the door!

Not only are Jason’s shows filled with fun, high energy and non-stop entertainment but Jason demonstrates his unique ability to inspire and educate his volunteers and audiences, leaving them captivated, charged up and wanting more. Expect nothing less than sensational when you watch Jason in action!

The fun, the thrills, and the uncontrollable laughter … it’s the most hilarious and fascinating journey into the mind that you will ever take!

The show runs a continuous 90 to 120 minutes and is performed without an intermission.

Recommended for ages eight (8) and up 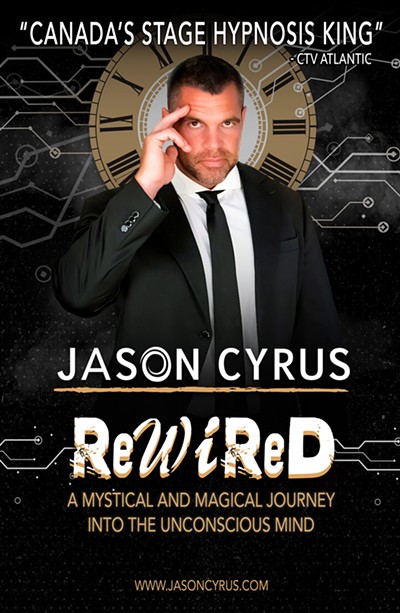